Fox in the Henhouse 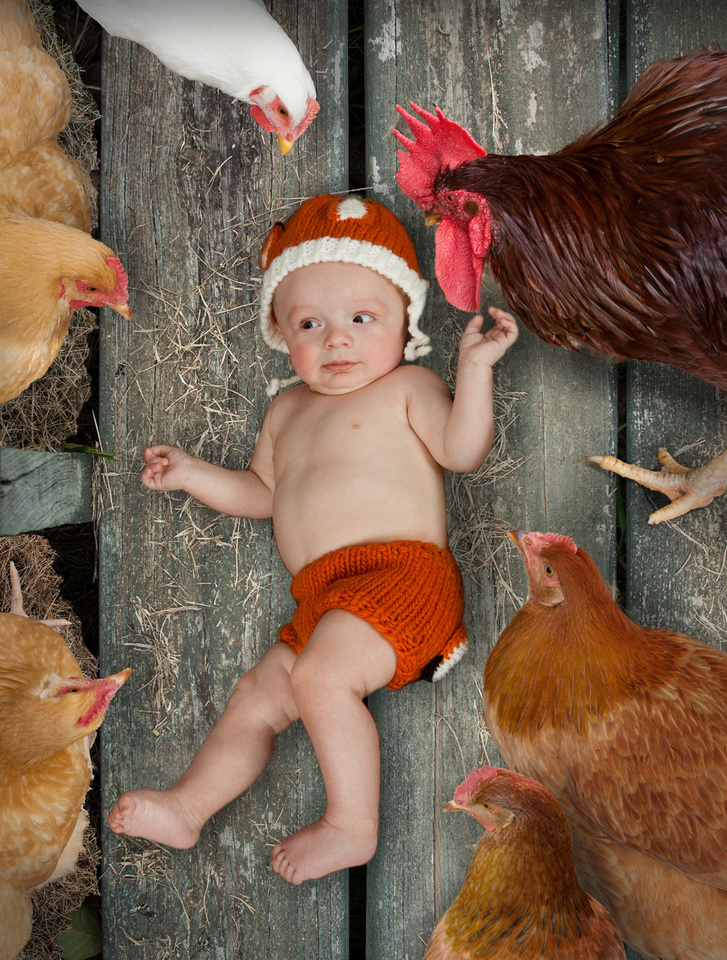 When it comes to babies, I like to take a different approach to making images. The newborn bound in linen swaddle just doesn't speak to me. They look like Harry Houdini. If you have seen one, you have seen them all. The same could be said for knit suits as well, if you don't add a little imagination. A lot of a baby's personality at this young age is in their fingers and toes. In the past I have put newborns in the cabbage patch, a nest of hay and a bed of daffodils. But they were all newborns. They were all sleeping. Their arms and legs were all still drawn up tight to their bodies. This boy posed a challenge. He was far past newborn. The fox outfit was nearly too small, and as you can see, he was not sleepy. He was all stretched out and ready to go.  While editing his session I saw the sly eye cut and came up with the idea for him to sneak into the henhouse. I took the chicken and rooster pics at a family member's pen. I had to stand on a bucket for nearly 2 hours. Seventy-five pics later I had six shots to use for the composite above. For the image below, I just added some leaves in Photoshop to give a nice fall background. 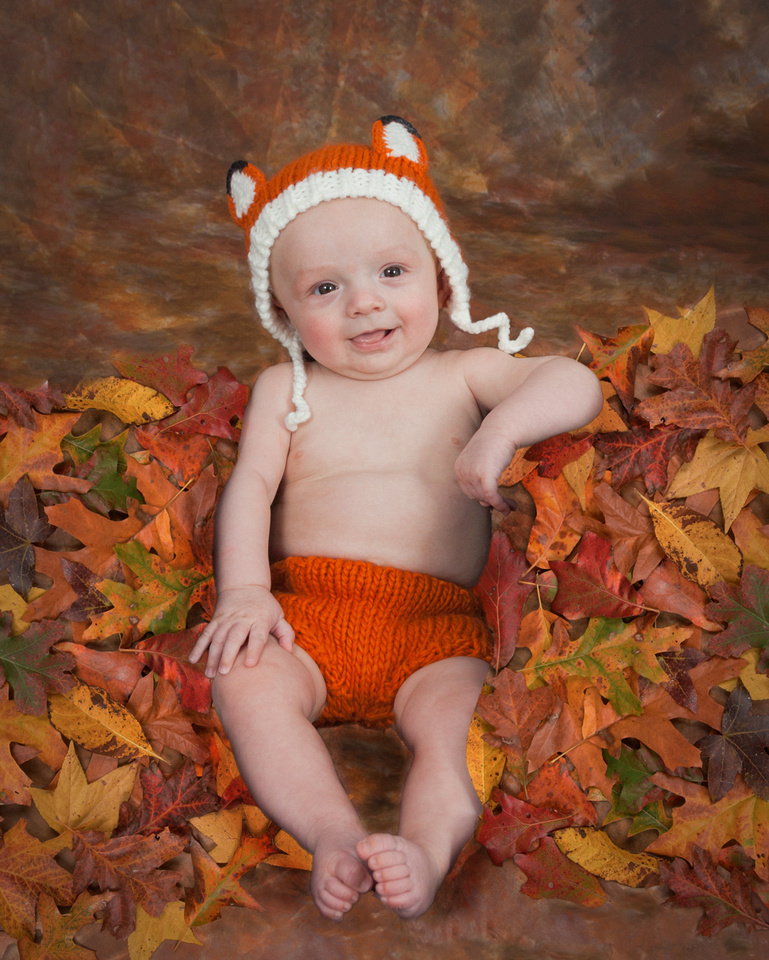 We can't leave big sis out of this process. She is an old pro. She was the newborn in my cabbage patch composite a couple of years ago. As you can see, they make quite a pair! 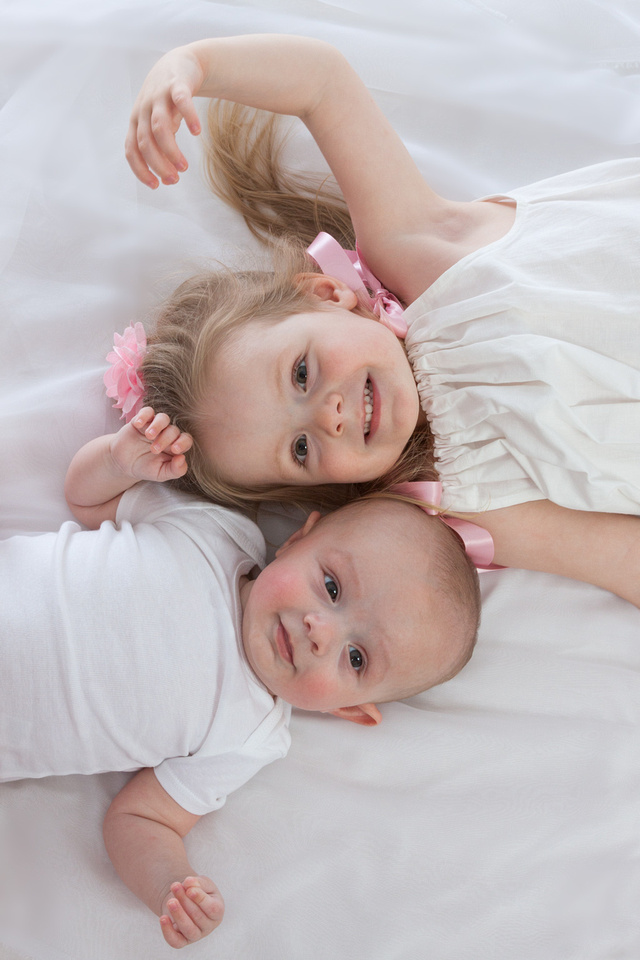 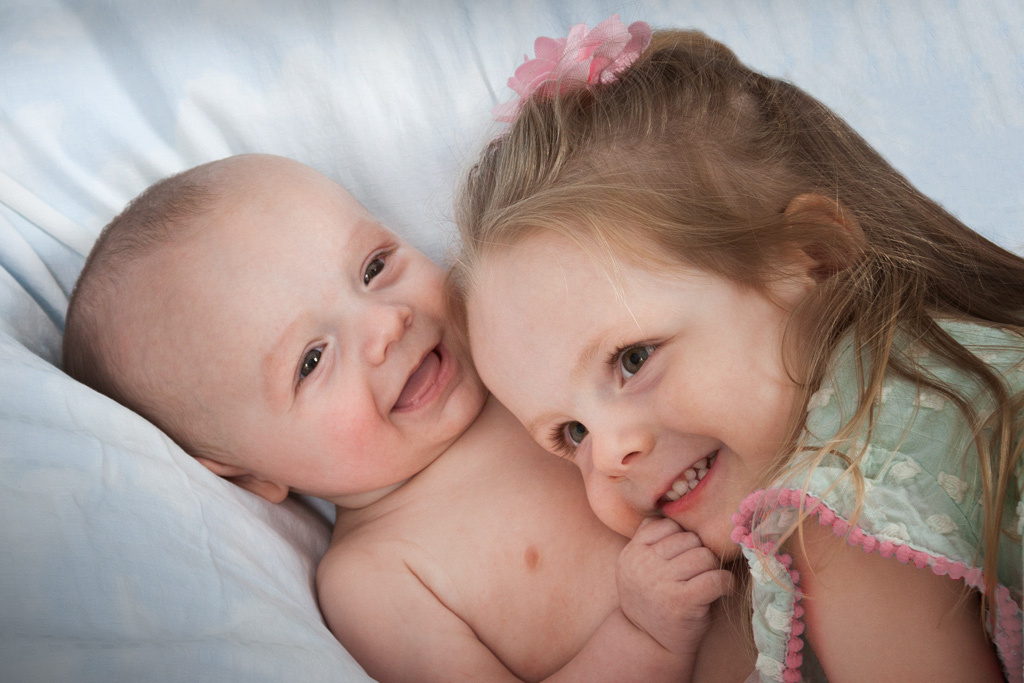 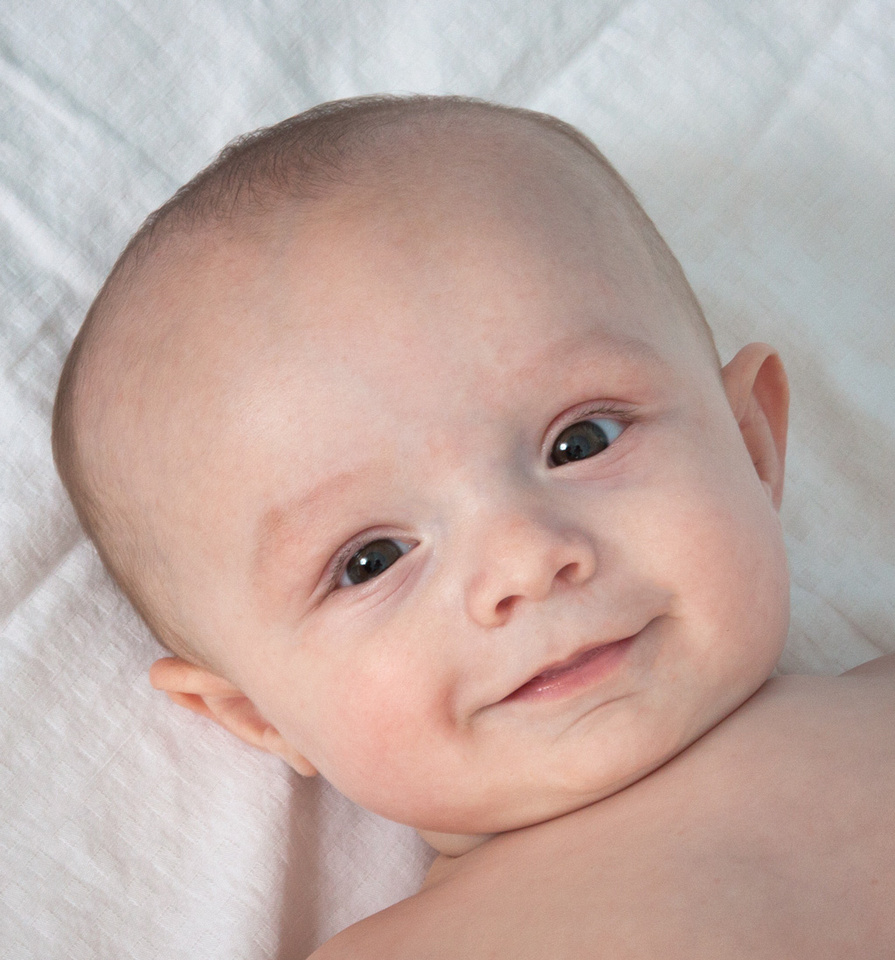